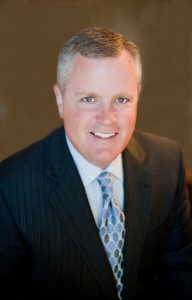 Peter Anthony, the CEO at UGN, has emerged as a finalist for the EY Entrepreneur Of The Year™ Award in the Midwest. The EY program recognizes those who demonstrate excellence and extraordinary success in such areas as innovation, financial performance, and personal commitment to their businesses and communities. This is the second year Peter has represented the Midwest region as a finalist.  Award winners will be announced at a special gala event on June 18 at Navy Pier in Chicago.

“I am thrilled and humbled to have been nominated as a finalist by EY,”says Anthony. “To be included for a second year with an esteemed group of our region’s business leaders is a true honor.”

Peter joined UGN as a sales and marketing manager in 1992. Fueled by a determination to work with people, be creative, and have an affect on growth, his ambition was to ultimately run the company.

Under his leadership, sales increased dramatically, making way for expansion opportunities. His vision for growth has resulted in the addition of two manufacturing plants in the United States and one in Mexico. Plans to build a plant in Ohio have just been solidified and will contribute significantly to the economic vitality of the region.

EY regional award winners are eligible for consideration for the EY Entrepreneur Of The Year National program.  Award winners in several national categories, as well as the EY Entrepreneur Of The Year National Overall Award winner, will be announced at the annual awards gala in Palm Springs, Calif., on November 15, 2014. The awards are the culminating event of the EY Strategic Growth Forum®, the nation’s most prestigious gathering of high-growth, market-leading companies.

About EY Entrepreneur Of The Year™

EY Entrepreneur Of The Year™is the world’s most prestigious business award for entrepreneurs. The unique award makes a difference through the way it encourages entrepreneurial activity among those with potential and recognizes the contribution of people who inspire others with their vision, leadership and achievement. As the first and only truly global award of its kind, Entrepreneur Of The Year celebrates those who are building and leading successful, growing and dynamic businesses, recognizing them through regional, national and global awards programs in more than 145 cities in more than 60 countries.