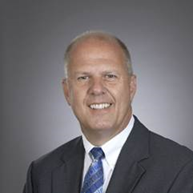 “Donald Nelson is a proven lean manufacturing leader who has a history of instituting game-changing sales and operations processes,” said Peter Anthony, president and CEO of UGN, Inc.

“The lean manufacturing methodology is a best practice in automotive manufacturing circles,” Mr. Anthony added.  “It’s always been crucial to our success at UGN, and Donald’s expertise and dedication to lean tactics is just one of the many reasons we’re happy to have him aboard.”

Mr. Nelson has also held senior operational positions in the automotive and aerospace sectors. Prior to UGN, he was the head of Global Operations for a $200 million publicly-traded manufacturing organization. In this role, he instituted Lean Transformation and Change Management principles which resulted in significant productivity increases and saved millions in annual operating costs.

Mr. Nelson officially started at UGN, Inc. on Thursday, May 31st, 2018, and reports to Mr. Anthony as part of the executive team.

“I’m very excited to be working at a company like UGN,” Mr. Nelson said. “It’s a great opportunity to take on the role of COO during this period of continued growth,” he added, referencing recent news regarding the new facility in Silao, Mexico.

Founded in 1986 as a partnership between Nihon Tokushu Toryo Co. Ltd., (Nittoku) and Autoneum Holding AG, UGN, Inc., is the preferred producer of high-quality acoustic, interior trim, and thermal management products, and a recognized leader in customer satisfaction for the Japanese transplant automotive industry in North America.