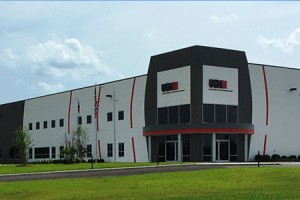 The state-of-the-art facility, under construction since March of 2014 , brings more than 150 new skilled jobs to the area to supply Honda Motor Co. with superior acoustic insulation, carpet, and underfloor technologies. The 232,000 square foot facility includes room to add another 150,000 square feet as UGN expands to supply Toyota and Subaru.

“We are pleased to welcome UGN to Ohio. The company’s decision to create a location in Monroe is further proof of our top-quality workforce, and a very supportive local business community,” says Lt. Gov. Mary Taylor. “Having UGN choose Ohio as one of their points of operation speaks volumes for the vitality and economic future of the region.”

Monroe was selected as the site following aggressive competition and incentives from Ohio and neighboring Indiana. The package offered by the city of Monroe, Warren County, and JobsOhio were pivotal to the site’s selection.

“The partnership of local, county, and state government means manufacturing in Ohio is smart business,” says Peter Anthony, CEO, UGN, Inc. “The new facility enables us to meet the real-time demands of our customers. We are excited to be part of the Ohio business community.”

UGN, a leader in automotive acoustics, employs more than 1,600 team members across eight locations in the United States and Mexico. The new facility will bring an estimated $7 million annually in wages and benefits to Monroe and Warren County.

The new plant addresses the need for new carpet and underfloor technologies produced in the United States. Products from the new Monroe facility will be in new Honda vehicles by the end of this year.

As customers have continually validated its products and technology, UGN sales have increased more than 50 percent in the last two years.